It's amazing how in just a few years former no-go areas in London are now the place to be. Granted Shepherds Bush was never as bad as Hackney or Brixton, but it certainly used to be a dump. The only thing going for it was a Safeway and a Cinema, plus the Shepherds Bush Empire music venue. But then the Westfield shopping behemoth swooped in, and with that came an inevitable "regeneration" of the rest of the area. Visiting Shepherds Bush now is a weird experience - despite the shiny Westfield and new tube station the old Shepherds Bush with its grotty terraces and shop fronts is still peeking through - although it's definitely dying out. Property prices are absurd now, I never would have believed the Bush would end up being a desirable place to live. But then again I would have said the same about Brixton and Peckham.

Walking down the green I could see the tell-tale signs that Shepherds Bush had up and come as I had to walk past a Foxtons estate agent to get to the recently opened BrewDog. BrewDog is another trendy success story, and this branch is so confident of itself I couldn't even spot any signs outside the building saying it was a BrewDog. Walking in there is no doubting this is a BrewDog bar. The simple, bare brick and utilitarian décor was in full force, and some of the clientèle were sporting well groomed moustaches and beards. 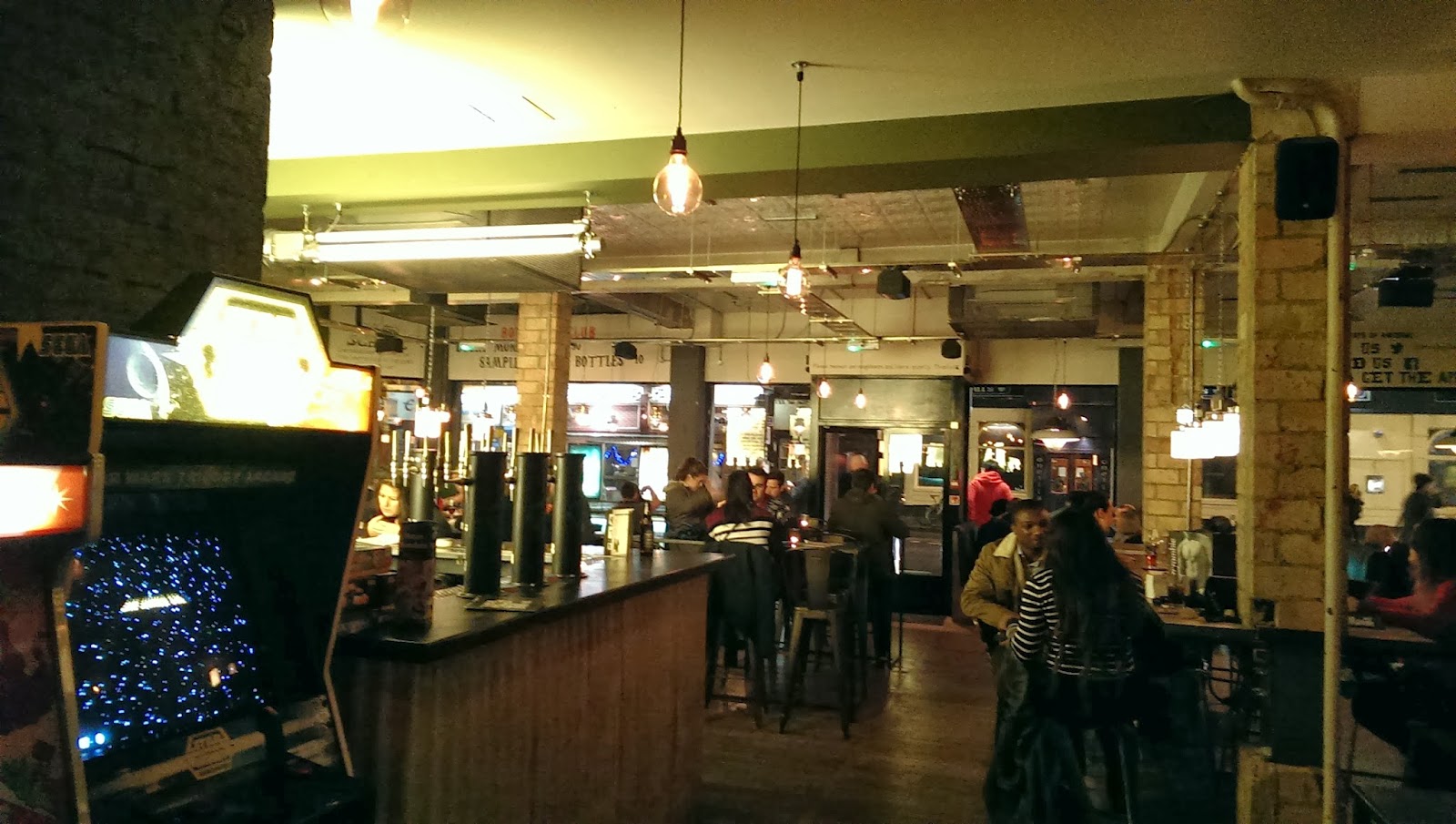 This is a large BrewDog outlet with plenty of seating. The large serving area at the back has a tremendous amount of beer on offer, displayed on a "Now Showing" cinema style board. No cask here, only keg, and all the beers I tried seemed to be served slightly too cold. I started off with one of BrewDog's own - the Punk IPA which was a crisp, floral and hoppy treat as always. Next up was Weird Beards Decadence Stout which was excellent and the best beer of the evening. Its strong chocolate flavour completely overwhelmed the valiant attempt by the keg delivery to rob all taste. They're not kidding when they say it's "decadent" - the chocolate lingered in the mouth for a good 20 seconds after each sip. Excellent stuff.

The Kernel Pale Ale was up next. As I tried to check this in to the Untappd app it returned hundreds of variations of this beer in the search results. The one I had was the Tomahawk Simcoe Centennial edition. It was disappointing - it tasted watery and had no bite to it. I'm not sure if it was the keg delivery that robbed this beer of any flavour because I've had bottles of this before and it's always been a crisp, hoppy treat. Then again it could have just been a bad batch.

The Old Freddy Walker from Moor was much better, an excellent old ale with rich chocolate and liquorice notes. Like the Decadence Stout as the flavours were so strong the over chilled delivery didn't affect the flavour too much. Last up was My Name is Vladmir from BrewDog. A strong tipple but very tasty, and not as boozy tasting as I had expected from its 8.2% ABV. A good beer to end the night on. In between the beers me and The Lovely Jemma enjoyed some "loaded" fries from the BBQ menu. Topped with cheese, chilli and that hipster favourite pulled pork these were certainly loaded and tasted absolutely delicious.

I enjoyed the beers I had here, even if they were on keg and all seemed to be served too cold, and the food was excellent, but I wouldn't be running back to this bar. It just didn't have a very comfortable atmosphere. I got the same feeling at their other outlets, probably because of the stripped back decor and minimal furnishing which leads to a cold, clinical atmosphere. A pinball machine and a couple of arcade machines in the corner added some much needed amusement to the place but overall this is a cold environment to enjoy some very good beers. I'd much rather be drinking the beers on offer here in a more comfortable pub or bar, or even just buying a bottle and enjoying them at home.

Maybe I'm just not the target market for BrewDog but I do prefer my pubs to be a welcoming, comfortable place to drink. To be honest if I wasn't there with the good company I was with I'd be itching to leave within half a hour. It's definitely possible to have a craft beer pub that is both comfortable and have a great selection of craft beers, and next weeks update will be about two pubs that get the formula right. But with BrewDog, the only branch I've been too that hit the sweet spot of good beer and welcoming atmosphere is the Camden branch, perhaps because its smaller size gets the staff and customers mingling a bit more. Sorry BrewDog, but while your beers are great, the lustre has worn off your bars - at least for me.
Posted by David - A Bitter Bloke at 18:57