The Railway, Bromley and The Library, Islington

Antic are a "collective" of pubs that have been rapidly multiplying across South East London. Since I moved to SE London last year three new Antic pubs have opened near me. I've previously written about the Baring Hall and the Eltham GPO, and out of the two I prefer the Baring Hall. I was surprised to see it wasn't in the latest Good Beer Guide as they always serve a decent pint.  The GPO isn't bad but it seems to be having trouble shaking off the clientèle who used to go to its previous incarnation, the grubby booze barn "Old Post Office." They also aren't being very adventurous with their beer selection, with Landlord, Adnams and Deuchers nearly always the only ales on. I usually end up going to the Park Tavern across the road with its more lively beer selection. 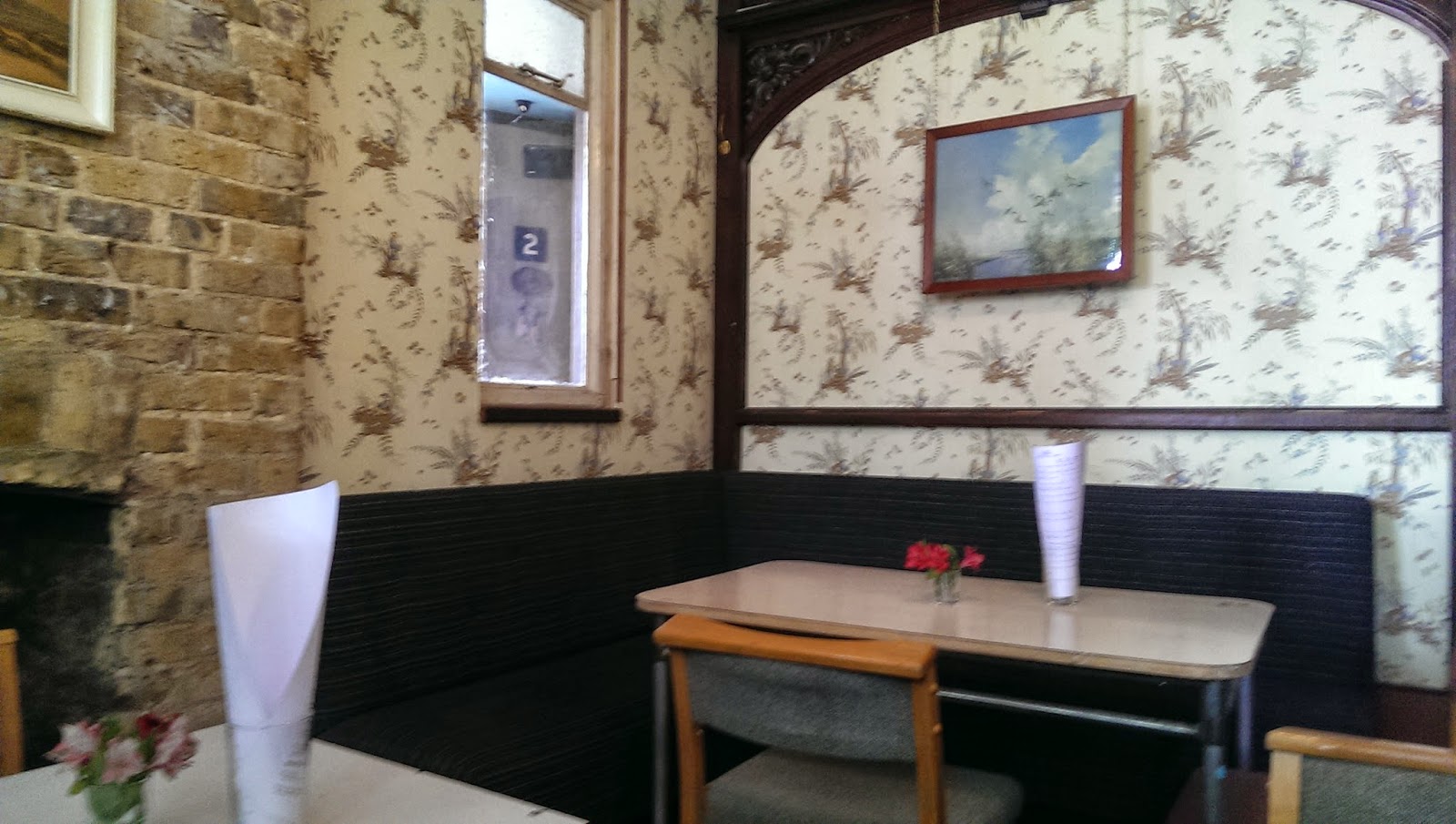 I recently visited the third Antic pub to open near me, the Railway Tavern in Bromley. This pub used to be a rock pub/venue, then closed for a while until Antic got their hands on it. The strict Antic formula has been applied -  shabby decorations, antique and "eclectic" furnishing, and a good selection of real ales behind the bar. Even the smell told me this was an Antic - an odd tinge of antiseptic in the air. The stage has disappeared so maybe live music won't be returning here. Beer wise I tried the Cronx Standard, an excellent session bitter from this talented brewery based in the uninspiring council estate sprawl of New Addington.  Brockley Brewery Red Ale is a good attempt at a style of beer I'm not a huge fan of, being malty and sharp on the finish. Both beers were in good condition and very suppable. The pub isn't serving food yet but I'm looking forward to returning when the kitchen opens - Antic pubs usually have a good menu. The service on a quiet Saturday lunchtime was a bit dozy but pleasant enough. Hopefully this pub will continue to improve.

The craft beer scene continues to rage throughout London, and more and more pubs are stocking beers from Beavertown, The Kernel and other craft superstars - at increasingly ludicrous prices. The Library in Islington is a pub/bar/music venue that has embraced craft beer - although I suspect it's to make a bit of extra dosh from "on trend" customers rather than because of a love of the scene. Bottles started at £4.95, with the majority of them at £5.95 and some even reaching £6.45. Now I enjoy brews from The Kernel and Bristol Beer Factory but these prices are just crazy. The pub itself is fine if a little soulless but it's no better or worse than the other middle class trendy bars dotted along Upper Street in dull Islington. I wouldn't visit the pub again.

I'm off to Leeds next weekend so I won't be updating next Sunday, but I'm hoping to visit a few pubs up there and can't wait to tell you all about them. See you soon!
Posted by David - A Bitter Bloke at 19:15